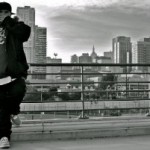 From the moment Briggs released his debut EP, the brilliant and groundbreaking ‘Homemade Bombs’ (2009), it marked the arrival of a powerful and unique voice on the scene.

They connected with Briggs and were so impressed by his performance they took him along on their 2009 European tour, and eventually offered him a home at their fledgling label Golden Era Records.

The lead track ‘The Wrong Brother’ is from his eagerly-awaited debut album ‘The Blacklist‘.

It’s fair to say that Briggs has quickly established himself as a formidable new presence in the Australian Hip Hop scene.

Keep up with what Briggs is doing on Facebook http://www.facebook.com/killbriggs