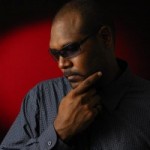 Born in 1982, Patrick James Mau was inspired by his grandfather Henry Dan, a jazz blues singer, from a young age.

At seven years of age he was watching his grandfather perform and at 11 he was exposed to the influence of Hip Hop. It wasn’t long before Maupower was writing songs of his own, blending his culture and his musical inspiration to write Homeboys at 15, which he recorded at 17. Homeboys was enough to create interest in this young boy from the Torres Strait and Maupower was on his way as a successful hip hop artist.

After forming the successful group “One Blood Hidden Image” in 2005, Maupower has gone onto release his first solo album in 2011, “Two Shades of Grey”.