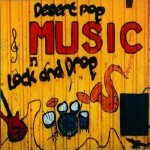 Desert Pop Lock & Drop was released by CAAMA Music in 2009.

It’s the title track to an album of the same name which shows the versatility of our Central Australian singer/songwriters.

Cassandra’s beautiful guitar playing matches her equally beautiful voice and she has performed with the Desert Divas which showcases emerging contemporary Indigenous female musicians and singers from Central Australia.