Jessica Mauboy is hitting the road with her first National tour presented by NESCAFÉ® to celebrate its global 75th anniversary. 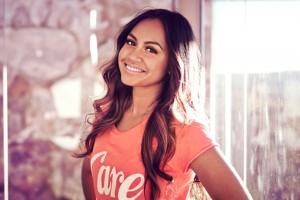 The tour will see Jessica visit all major metro and many regional centres across the country performing her biggest hits including songs from The Sapphires as well as unveiling brand new songs from her forthcoming album, including current hit single, To The End Of The Earth.

Tour dates and locations for NESCAFÉ presents Jessica Mauboy To The End Of The Earth can be found at: http://www.jessicamauboy.com.au/news/jessica-mauboy-announces-end-earth-single-tour

Deadly Vibe Wire is giving our lucky readers the opportunity to win one of two double passes, the first round of double passes up for grabs are:

To enter simply send us a message on Facebook, in 25 words or less tell us why you would like to WIN and which of the above locations you would like to see Jessica perform. Entries Close: Monday November 11, 2013.

One Response to “Win tickets to see Jess Mauboy live!”